Let me say one thing up front: it is not only because we are all a child of the web 2.0, the era of the 2010s when books like Tim O’Reilly’s “What is Web 2.0” showed that the long tail of keywords are much more powerful in SEO because much more people search for three-letter or two-letter keywords than for one-letter words. And it’s also not (only) because we are a child of the gigantic rise of Amazon, and Amazon proved very early that less than 50% of the books they sell are the inventory of traditional book stores, but are books that can only be found only via them on this huge online store, meaning they are long tail. But we are focusing on the long tail and being obsessed about it because there are really four main reasons to be:

The first very simple is it is the revenue potential. The absolute revenue potential if I look that yes it might be that I can make only €100 or €200, $200 with a digital campaign of a small/medium-sized enterprise at the very beginning, but the magic of the mathematics is quite clear. If I can do this 200, 500 or 1,000 times, those €100 per ad easily get €100,000 per month, and they get easily seven digits a year.

So, the absolutely revenue potential is huge, but there is one thing that I have to do, and that is to make it as simple as possible for them and make it as efficient as possible for them. They really have to have an easy process but still a very effective result, a result that they can understand. If we take the example of a local restaurant. The owner definitely would love it if there are 100 more new users on their website, but that is not the core of the business. The core of the business is to convince people to go there and eat their brunch, their lunch, or their dinner. And if I can trigger this action even without people visiting the website, it’s much more logical to a lot of the advertisers, and it brings the publisher less into the situation where he has to justify himself why only 17 clicks were delivered. And those 17 clicks did not result in any action, whatever that might mean or whatever means the local advertiser is tracking that. Make it as easy as possible and then the numbers will add up.

So, the absolute revenue potential if I’m talking about hundreds of advertisers that I can serve per month, is huge. And we see this with enough publishers that are making hundreds of ads in a very autopilot way each month.

The second thing we like so much about the long tail for small/medium sized advertisers completely underserved since the Pandemic, and probably there will not be an end to this very soon. Because if I’m looking at Facebook or Google, yes they are there, and yes they are making absolute relevant revenues for the SME’s, but it is a certain fraction of the SME’s that can jump on that train because it takes a lot of dedication to really make your Facebook or Google Ad work.

All those advertisers are still super underserved. They still need little help from someone to get digital advertising work for them, to make them understand the unique opportunities it holds for them without changing their whole business model, and the need of becoming a website-only business to meet their digital presence. They still stay a physical business, but it makes sense for them to generate leads online. And this is something that we are obsessed with, especially when it comes to “Smart Ads”, our product, where we say, “We want to make it as easy as possible for the creatives that we’ve built, for the advertiser, and landing pages that are not focusing on directly driving traffic to the website of the advertiser but generating an action on the landing page.”

So, either it might be on the attention of time spent on this landing page that we build and show in an overlay, but it can also be the number of content requests via phone, the number of contact requests via email, or the navigation requests to the advertiser using Google Maps or other means of navigation. And this is still a huge underserved opportunity in the SME market because it is “do-it-yourself”. Availability is high, everyone can do it by themself on Facebook and Google, but still, a lot of the local enterprises don’t do it, and you as a publisher, you can do it and there’s a huge opportunity which has the potential we saw in the first place.

The third point I see and has very much to do with the fact that it’s an underserved business opportunity is it is a huge chance of relationship-building in various different ways. Firstly, in restoring trust. Trust from the world of printing where we usually knew the advertiser for a long time, where we have been working with them for an even longer time, and most of the time it was like the advertiser almost bought everything that has sales rep recommended. And now we could build up this trust again based on the fact that there is now a simple product that actually works and restores this trust from the good old times.

But it also builds a relation that you as a publisher can do more in the future by understanding the digital business and being a partner in the new digital world. Before, the typical usually started with a small and never profitable for you ($100 or $200) campaign. Now with a “Smart Ads” approach the same situation could be profitable for you and be an ideal trigger for later to build real digital campaigns at €500,000 or €5,000 or even more euros if the local advertiser understands that: “It has potential for me, it works for me, that was a good campaign and it did not hurt to do online.” 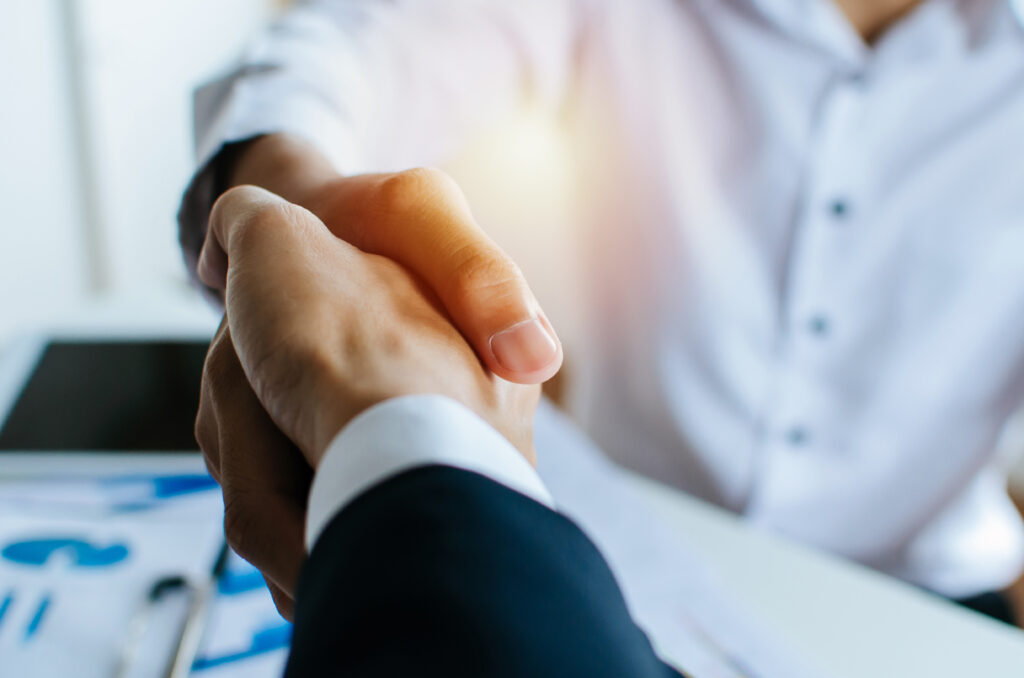 And last but not least, the fourth-biggest chance that we see in the long tail which really makes us so obsessed is not the absolute business opportunity we mentioned as the first reason, but the relative business opportunity. It’s like we’re looking at the ECPM’s. We do know that ECPM’s are low, so we have to be happy if it’s somewhere between the €1-3 range. But if we are talking about local campaigns, we are talking about ranges of €10+, a lot of the time €15+.

So, if I’m taking a typical example of a package that we’re doing with “Smart Ads”, it’s around $100 for 5,000 ad impressions, including the banner, the landing page, an intuitive dashboard and reporting. We end up even after the costs for Smartico get at around €15 CPM for the publisher. And if I’m comparing those €15 CPM to the €3, let’s be optimistic that I have a national or programmatic campaigns, it is just a fivefold increase. And if I can do this back to number one, with not only 10 but 100, 200 or 500 ads per month and I’m then ending up at a few hundred thousands ads each month and a few hundred thousands of ad impressions that I can sell at €15, that becomes a huge relative and absolutely revenue chance.

And this is what really makes us so obsessed, because there is a huge opportunity for revenue that in the end helps the local advertiser, helps the publisher, and that also helps the sales rep. It is what drives us to be so motivated, so enthusiastic about the chances in long tail that we keep on working hard every day to convince more and more publishers and local sales reps and local advertisers to go that direction.

And we’re more than happy to do demos, show sales materials, show business cases, show numbers, and prove the point that we have and potentially convince more publishers to go this way. Because we all know that only economically stable and solid business keeps the free press, and especially the free local press running. And that is where we want to make our impact and where we think it’s the right moment to be obsessed about.

Please reach out any time to make local advertising in the long tail work for your company as well.

In Smartico´s blog and newsletter we inform you about the latest trends in local and regional advertising. We present best practices from over 200 publishers, and share ideas, inspiration and recipes for success on which advertising concepts can be used convincingly and profitably for you and your SME advertisers.